Use this form to share this article or news release from the Town of Miami Lakes website with a friend.
Title: Miami Lakes Awarded Certificate of Achievement for Excellence in Financial Reporting
Share!
Thanks for sharing! Your message has been sent!
Click here to close window. 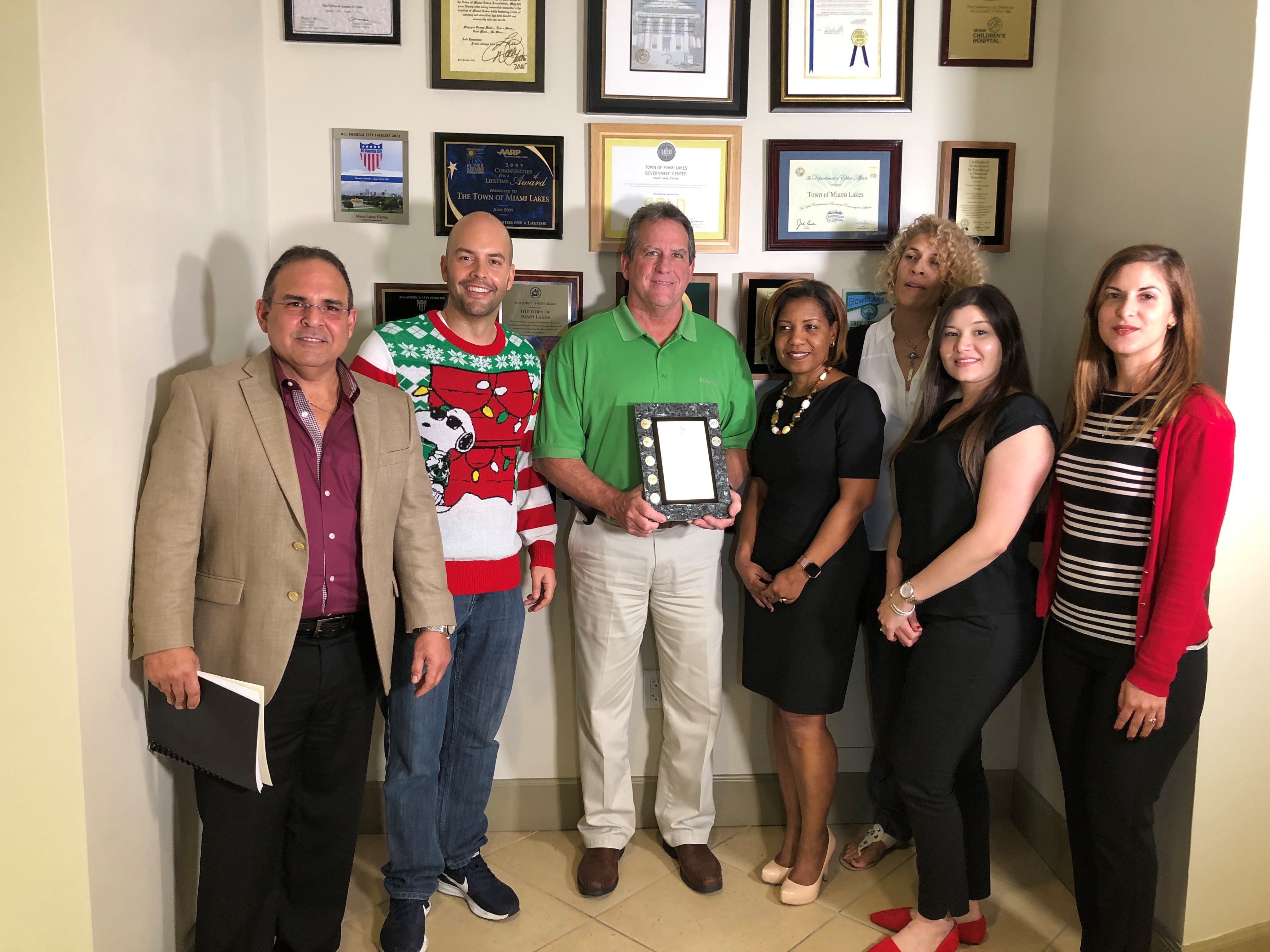 fiscal year 2018. The Town of Miami Lakes has exceeded the generally accepted accounting principles to prepare their CAFR.
The Town of Miami Lakes has received this award since 2010. The comprehensive annual financial report has been judged to meet the highest standards of the program including demonstrating a constructive "spirit of full disclosure" to clearly communicate its financial story and motivate potential users and user groups to read the comprehensive annual financial report. The Town Council and Administration take pride in our continued efforts to increase transparency.
Share with a Friend!